Please Don’t Ask Me About My Favorites… 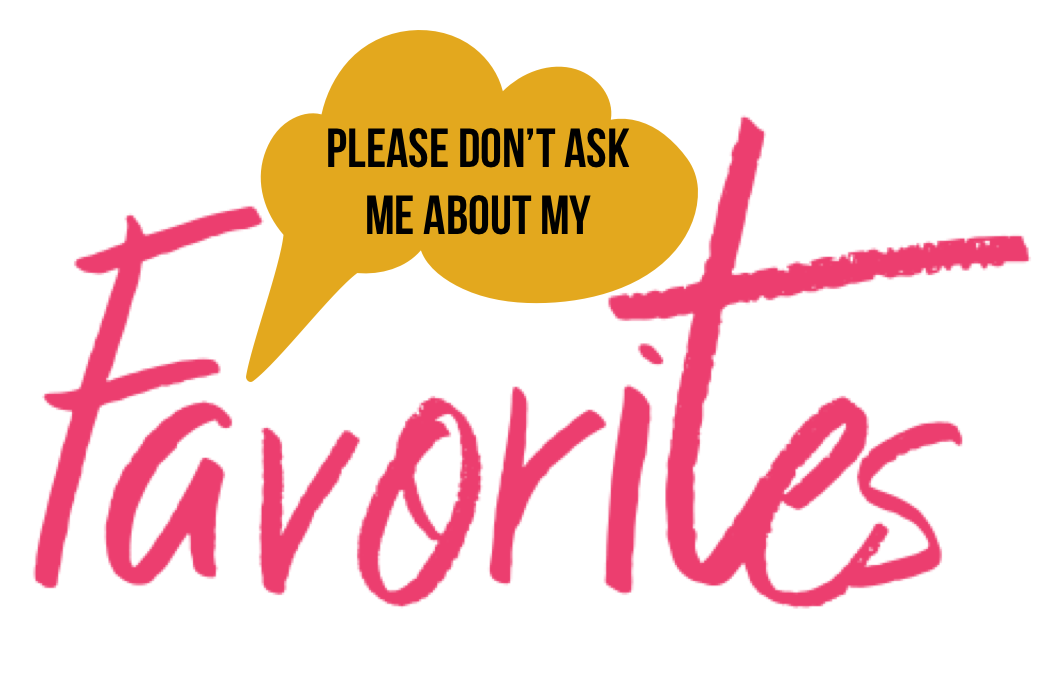 I make a habit of spending 30 minutes each weekday learning something.

Or, at least reading outside of my usual interests, following interesting links, etc.

Today, I clicked on a link to [improve my communication][https://www.cnbc.com/2017/03/02/the-3-minutes-it-takes-to-read-this-will-improve-your-conversations-forever.html], and while most of it was quite good, I’d think, one thing really stood out for me.

Questions about specifics lead people to give you answers that are not generic.

Oh, please no. Don’t ask me about:

I may be a total freak of nature, but my brain doesn’t work like that.

Sure, I have a few glib answers to favorite movie (Blazing Saddles) and best album of all time (Bat Out of Hell), but even those don’t apply all of the time, because reasons.

And asking me my favorite is a good way to shut down a conversation.

My brain stops. Or doesn’t stop. It overloads, trying to compare so many amazing pieces of my life that I enjoy/love/adore for disparate reasons in different times of my life, to narrow it down to a sing unrevocable TRUTH.

And I get hung up.

Or, perhaps I don’t filter things as well as others do. Like, even tiny pleasures suddenly crowd into my head when people ask me my favorite sexual experience ever.

Instead, ask me what makes me feel filled up. Or what make me laugh during sex. Or what about different toys makes me love them (or not).

Oh, I know these are not as easy as “What is your favorite…” and I’m a tiny bit sorry about that. But not a lot.

After all, I’m giving you fair warning.

I’ve talked about being yourself a lot this past week. And how awesome you can be, and that I believe in you.

Which, come to think of it, is probably not all that surprising to you. Or me.

A local professor who is active in the community, well-known across the country in his specialty, is 100% ethical in his non-monogamy and open about it publicly, has been kicked off Facebook Dating (and Tinder—apparently they have some sort of mutuality thing) for being himself.

Probably for being poly.

For being 100% ethically open about his lifestyle.

On the other hand, that’s fair, right? Facebook has a right to run their Dating site for the target markets they want to reach.

Actually, while we are working on V3, I also have something I hope to announce next week, so keep an eye out.

It’s called DK QuickConnect, and it will be a bit of an experiment.

So, with that to keep you smiling and wondering through the weekend, I’ll close.

P.S. Facebook Dating? Yeah. I know. It’s a thing. I don’t know anyone who wants to use it, and frankly, it’s a bit creepy in my view. Here’s the scoop, in case you weren’t yet informed: https://www.insidehook.com/article/internet/review-you-definitely-dont-need-facebook-dating

Of course, the original is, “I’m a lover, not a fighter,” but online, there’s not much fighting. There is, however, a lot of hate.

It’s part of what I’ve disliked about dating sites since the earliest days of dating sites.

And it seems totally counter-intuitive.

I mean, do people really think that the best way to connect with others is to be hateful? And even when it’s not someone you want to connect with, why even? Just to feel smugly superior?

When I was 11, I was walking with my friend Erica to my house, and I mentioned that John and Sam would be eating over that night.

“Funny?” I was confused for a moment, and she did the limp wrist. “You mean gay?”

I was flabbergasted. “How can you not know gay people? They are everywhere!”

That was my first realization that not everyone lived the way I did.

About ten years ago, when I was talking with some friends about marriage equality, a friend of a friend piped up, and said, “Why would it even be worth it? There are not long-lasting gay relationships.”

I was reminded of that earlier this week when I saw this:

My Aunt Betty (Grandfather’s sister) lived with “Aunt Patty” until she died when I was 26. I visited them in California, played with their dogs, swam in their pool, lost on their Galaga video game, and went to Disneyland with them for the first time when I was 7.

They had been together for 15+ years at that point.

But, hey, no gay relationships last that long, right?

These are both cases of people not being able to imagine that others live the same kind of amazing, wonderful, fucked up complex lives that they do, but with different beliefs, orientations, and physical attributes.

And the same thing happened two days ago, when someone says, “There are no Golden Year anniversaries in poly.”

Except that that’s not provable, is it?

Since poly has been kept mostly on the DL for so long. Who knows who has been poly for their 50-year marriage, except those close to them (and maybe not even them)?

The bigger key is, though, who cares?

Does a 50 year marriage mean that your relationship is then somehow valid?

Does the 26 years that a poly couple I know spent together not matter for another 24? Is their joy and happiness together negated by their lack of longevity? Would it make a difference if they hadn’t met until they were in their 30s? Or if one of them was a widower?

What about two of my dear friends who’ve been together for more than 20 years and are not only poly, but active in the local kink community?

I’ll be sure to tell them their love doesn’t matters, because they have nearly 30 years to go before poly certification.

Some relationships are best not lasting 50 years.

And while relationship commitment can be measured by longevity, I don’t believe that is necessarily an indicator of quality.

I was with my ex-husband for 15 years. At the time, that was nearly half of my life. My relationship of 6+ years now is of a FAR higher quality than that was at it’s best.

If it ended tomorrow, that would still be true.

Can anyone prove that there are NO 50-year anniversaries between poly people?

Can anyone prove that there is at least one 50-year anniversary between poly people?

Image by PublicDomainPictures from Pixabay