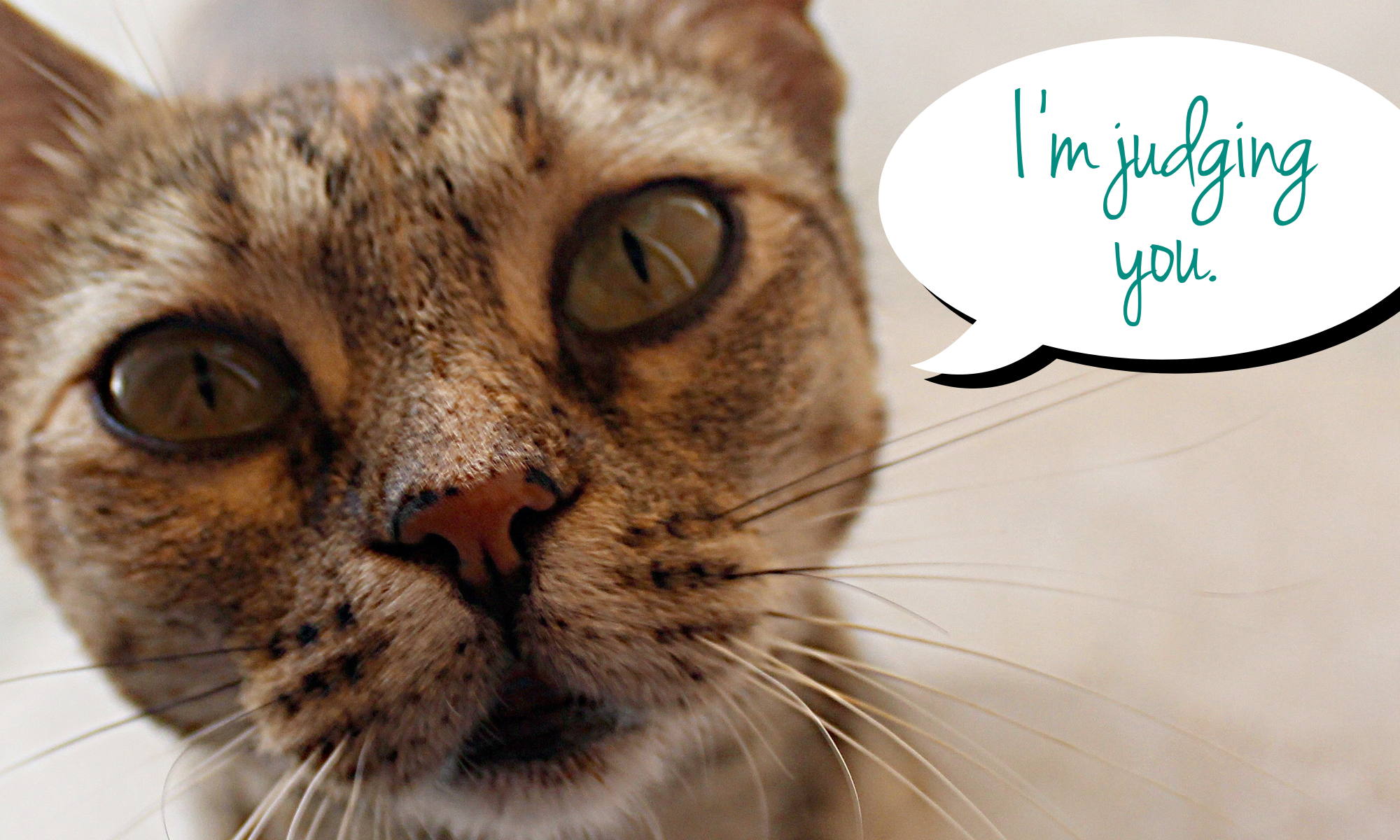 Yesterday, I wrote about penis size and why I don’t believe it’s a factor of dominance. Jedi_K responded with this comment.

Everyone is different but people are too quick to judge, label and put in boxes.

On the surface, this is true. It’s something we say all the time. Hell, I even say that I don’t judge, and that is one reason I think people like me, despite my obvious flaws (which are legion).

And this is a BIG but (like mine, LOLOL!)

Yeah, my terrible sense of humor is one of those glaring flaws, deal with it.

Humans have survived through judging.

Here’s a quick synopsis of human behavior and evolution (whether you believe in darwinism, Adam & Eve, or the Flying Spaghetti Monster):

When humans, back in the day, met someone that they didn’t know, they had three choices:

If they chose befriend or fight, they stuck around. And they may have been right or wrong.

If they ran, of course they could be chased, but they would be removing themselves from one of the other options.

Not getting into factors such as making friend could bring more than +1 benefits, or that killing someone whether right or wrong about their intentions can bring an entire tribe down upon you and therefore lead to more than -1 benefits…

Run away and avoid different was the MOST likely to get you good results.

And even those who did not choose to run were split between befriend and fight, with fight likely winning out in the “survivors” ratio, simply because they were prepared for the worst, even if they did switch to befriend after not-killing.

Therefore, judging something as “different” and either running away (eek! Change is scary!) or fighting it is 2/3 of our potential right choices, and are hardwired into our brain.

So, we have to judge. Instantly. Immediately. So that we can survive.

It’s what we do with that judging that matters.

So, our brains sort and categorize even before we are aware. It’s what happens. That’s neither bad nor good. It is what is. I see a new person, and I immediately get a lot of information:

And so on… So, because of these observations and my experience in this world, I will make several assumptions on how to approach, which may or may not be right.

The key part is:

…which may or may not be right.

This is where many people go horribly, terribly, inhumanly wrong with judging and labeling. They make assumptions and accept them as fact, rather than continuing to create new labels and categories/sub-categories to fit the unique human being standing before them

So, let’s continue. Tall dude looks pretty damn masculine to me, so I assume he is straight or bi, and will find me attractive, and approach him that way.

Now, let’s say he’s gay. Or asexual. Or just not into wicked-smart-mostly-dominant-women-with-a-tiny-waist-and-thick-hips-and sparkling-eyes. Or, just not into ME.

But I don’t change my assumptions. He is man. He is cute. Therefore, he must be attracted to me.

That is where I’m the asshole.

Not in judging the situation incorrectly to begin with, but in not accepting the change in perspective. Not treating him like the human he is, but as the human I have judged him to be.

[…] posted before that as humans (or cats, LOL!) not judging is impossible. Especially people and cultures and things we are not familiar […]