Have you ever asked someone why they are not doing something that they said they would do, and they answer (usually after so many hours of argument):

“Well, you did this, and it upset and hurt me, so I didn’t feel like doing (insert whatever they said they would do).”

And you’re left gobsmacked, thinking, “WTF? Why didn’t you just tell me?”

This is passive-aggressive behavior.

And it kills a relationship.

Sometimes it’s a quick death. Sometimes it lingers for years, wearing you both down, until there is nothing left but bitterness and recriminations.

And here is how it kills:

It takes FOREVER to get to the heart of what’s wrong.

Sometimes, that conversation up there happens the next day. Sometimes, it happens YEARS later.

That not only means that whomever hurt the other HAS NO IDEA the damage, until WAY too late for anything to really be done about it.

Studies have shown that couples that address issues and annoyances quickly have happier relationships. Behavior can be changed much more easily when problems are pointed out early.

It creates a barrier to KNOWING each other.

When you are hiding your feelings, and acting out instead of talking about them, you are creating a distance between your true self and another.

And the BIGGEST reason: You do things you know are wrong.

You know that not doing something when you say you will is wrong. And yet, that’s a big part of passive-aggressive behavior.

There’s more to it than that, though.

There are the subtle things. Things that you hear about happening in many relationships.

And you KNOW it’s right to do these in a relationship.

So, you not only let the big things slide, but the small things as well. Because you’re busy nursing your hurt.

And that’s one of the biggest ways passive-aggressive behavior kills a relationship. By making you be less you, so you cannot connect as deeply and intimately as you could otherwise.

You hurt yourself most.

By not saying your hurts out loud, you let your partner transgress against you over and over, when they might not, if they knew you hurt.

You begin to feel like they hurt you on purpose, because, after all, can’t they see your pain? ou’re showing them in all these ways…

When, maybe, just maybe, they can’t.

But they want to.

They want to stop hurting you.

They want to be happy, and blissfully in love with you.

But they can’t find their way.

Because you’ve decided not to tell them.

And so, you continue to hurt.

The biggest part of passive-aggressive that is hurtful is the passive part.

Speak up. Say when you’ve been hurt. Talk it out. As quickly as possible.

And more information on Passive-Aggressive behavior, especially on Social Media: 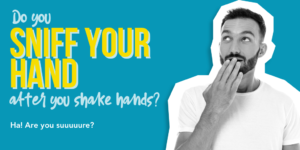 Do you sniff your hand after you shake hands? Ha! Are you suuuuure?

Nearly three decades ago, I ran across this weird book in the discount section of a Borders Books that was all about bio-hacks before the 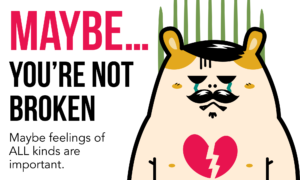 What If… You Don’t Need To Fix It?

PrevPreviousHumiliation Is No Fun If It’s THE TRUTH, Yet, It Has To Be True
NextDo You Give Yourself Away?Next 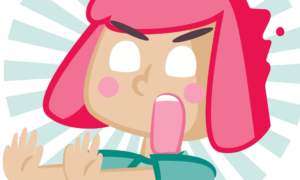 Writing A Great Rejection In Four Easy Steps (And Two Are Optional!)

Well, if any rejection can be great. Maybe the title should be, “Writing A Rejection That Doesn’t Sting Any More Than It Has To To

The Responsibility Of The Dominant 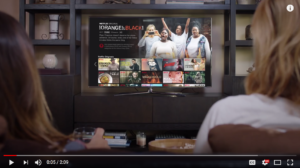