A few months back, I stumbled across an episode of What Had Happened Was in which a few actors behind the strong black women leads in Luke Cage talk about power and strength and perceptions.

As they talked, I could relate to a lot of what they were saying about strength, and how it can become a suit of armor for us, and how, like the suits of armor of old, also a prison restricting what we can and cannot do or be.

‘There’s this expectation, ‘Well, you’re strong. You can deal with it.’” —Gabrielle Dennis

And then there’s this.

That quote hit me right in the feels, because I’ve lived it. I’ve ranted about it, even:

The Lie Of “But You Are So Strong…”

As if strength is a single attribute in every human that is applied equally across the board.

As if being strong at one point means you MUST also be strong at another.

Or if you don’t LOOK like you’re falling apart, you’re not.

And I’ll be clear. We do this to ourselves as much as we allow others to do this to us.

We believe that we must be strong at all times to be seen as strong.

“It’s not fair. It’s not fair that everyone expects us to be strong all the time. There are some days I just want to take a break and I feel like I shouldn’t have to be ‘the exemplary song person™’” —Tatiana King

Tatiana says it well, and her voice is clear and, of course, strong.

I know people who are trapped by their strength. I’ve been there.

And in this lifestyle, when we focus on our power and exchange it with others, the ideas can become even more extreme, to our detriment.

And for many, it’s hard to see a way around that, while still being TEH UBER DOMINANTE.

“We need to examine why we have this idea of, ‘You just need to get over it. You don’t need to talk to… Rub some ‘Tussin on it, go and pray on it, put some holy water on it and move on.’ —Simone Missick

Rub some ‘Tussin on it. LOL!

Or the bougie version, “self care.”

As if self care is going to fix everything.

Feeling down? Self care.

Worried about money? Self care.

I mean, I LOVE me some bubble baths and introverted alone time. I love reading and listening to my music and curling up with my cat. I love writing and thinking, and, well, self-caring.

No matter how much self care, though, it’s not the same as being able to turn to others.

Being able to open the doors to our prisons of strength and step outside.

Being vulnerable AND strong, and recognized…SEEN…for all that we are, in our myriad complexities, and loved, accepted, and supported by our tribe.

So, how do we step outside the prisons of strength that we find ourselves in, even when we put ourselves there?

With courage, first of all.

Because when you (or I) step outside the expectations people have, it is BRAVE.

And damnit, that needs to be said.

With courage, and with compassion…

…for both ourselves (as we do this insanely brave thing) and for those we may be surprising the everliving fuck out of with our request for help.

Because honestly, if we’ve trained people (intentionally or not) to think of us in one narrow way over time, a peek at the soft squishy bits can be a shock and take some adjustment.

And when I say a shock, people may react with:

Because when heroes fall…

Now, hopefully, there won’t be a lot of that last bit. That’s extreme. But understand it may happen, and be ready.

Because imagine if your three year-old crotch-dropping (human child) suddenly began speaking like a learned professor of astrophysics.

It’s not a bad thing.

It is, however, a VERY DIFFERENT thing, and shock and a period of adjustment are totally understandable, yes?

I hate to do this to you, but the strength thing IS still a factor, especially if it’s been your prison for a while.

You will likely have to be strong enough to communicate clearly what you need, to get the most out of this big step from those around you who are totally unused to this from you.

So, be prepared to be clear in your ask.

Because that can help cut through the shock and make clear to those you are reaching out to EXACTLY what they can do to help, and a specifically defined task is SO MUCH EASIER than leaving them to deal with their shock and try to figure out how to help you.

As a dominant, I assign “Nookie care” dates, times, and such. For example:

“Date night is yours to plan this week. I want something totally focused on me and making me feel loved and cherished and filled up by you. You know what I like, and I trust you to do it.”

This is one way I do this. Or:

“I’m going to vent. I’d like you to listen and hold me. I don’t need feedback or fixing, just an ear for a bit. If you do it right, I’ll fuck your ass but good after.”

That last bit is not always added. grins The people around me, though, know how a good rant can get me going…

Last year, several days after the hit-and-run accident that totaled my car and banged @selene73 and I up, I told Pet that I needed a half hour to cry on his shoulder and be held, so I could release the fears and tension that I had been holding in (so that everyone around me that weekend and for my birthday party could be more comfortable).

I did it, and I don’t feel I lost any strength or respect in his eyes.

There are the times when it’s just not possible to follow through on certain plans, and I say, “I am totally stressed, and had a rough day. I’d like to put off our plans by two weeks, and just cuddle and fill each other up tonight, please.”

Luckily, Pet often steps up and makes the evening one of pure bliss and massage (OMG! Yoni massage! I highly recommend that shit for relaxation!).

Of course, how you step outside your prison of strength will likely look very different from the ways I do it.

You may not even be dominant, but a strong submissive, a primal, a little…this is not a kink role issue, necessarily (although those roles built on the expectations of strength have added pressures of their own).

Your courage is yours to do with as you will.

One thing I can say, though, from experience and talking with others who have taken these steps to get the weakest parts of themselves taken care of as well as their strongest parts:

(Which is another kind of strength that we rarely give those we perceive as weak credit for.)

Counterintuitively, sharing your weaknesses with others can actually grow your strength. Make it more flexible, and less brittle. 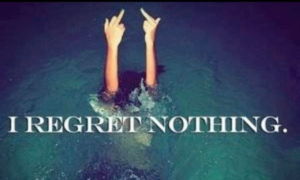 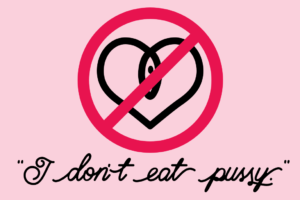 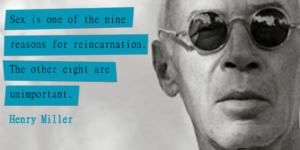 What ARE the other nine?

sexsex-positive I suspect they would vary from person to person, and sex, for me is right up there. Let’s see: Love/Friendship/ConnectionFood (OMG, FOOD!)LearningLaughterExplorationNon-sexual TouchDoggosRevenge LOL! 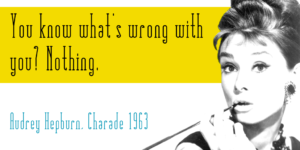 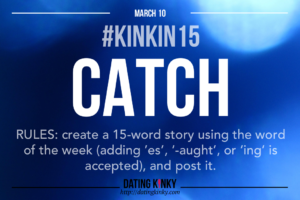 The word of the week is “catch”. To participate, create a 15-word story with catch, catches, caught, catching. I can’t wait to see your creativity! 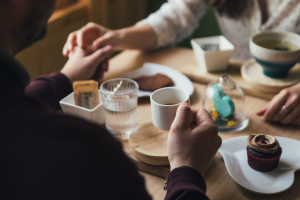 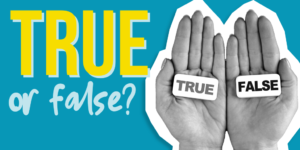 Let’s play a round of ‘Kinky True or False’ today! Actually, let’s play a bunch of rounds. Self-Identified kinksters have been shown to be more