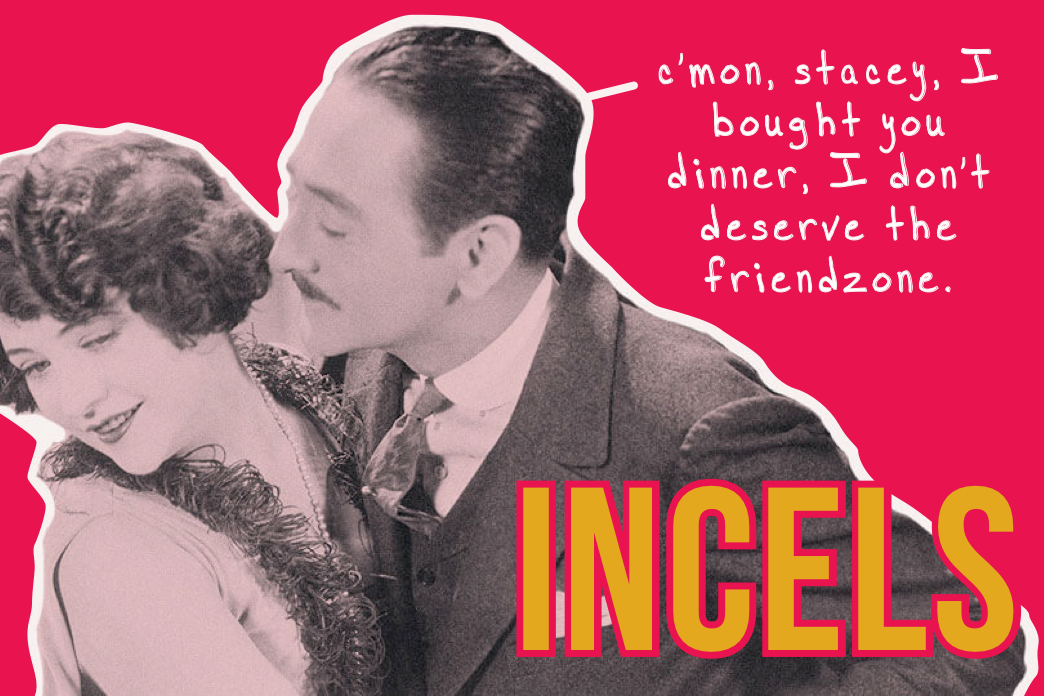 A man I’ve counseled over the years in a masculine dominance forum that I volunteer (as a dominant woman’s perspective) for, posted this incredibly insightful self-assessment:

Or, I may experience self-hatred or shame and believe that I am not man enough in some way.

I tend to have a fixed mindset if a woman is not responsive to me.

This is a piercingly clear insight into the very heart of what makes the [Nice Guy][https://fetlife.com/users/50648/posts/175154] mindset dysfunctional, and leads from Nice Guy-itis to total incel-itis.

NOTE: in the linked article about the [Nice Guy][https://fetlife.com/users/50648/posts/175154], I also mention that this can apply to Nice Girls as well. Let me state now that I’m going to use NG to represent “Nice Guy” behavior in any all genders.

Also, If you’re not familiar with incels, here is a handy guide to the four ‘levels’ of inceldom: [image][https://miro.medium.com/max/1838/1H3a8OH1eVSIpXH5NteZFvw.jpeg]*

The first sentence is one side of an incel/NG—the side that has to look for fault in others to lay blame. Whether blame is even a factor or necessary.

The second sentence is the other side.

The side of an incel/NG that holds their hurts and disappointments and eats at them like a cancer. The side where they internalize every negative word ever spoken to them and every negative thought they’ve ever had.

Even good things get fed into this side and interpreted through this dank filter.

And the last sentence is a key point: fixed mindset. It’s either or both of those things. There is no other explanation. There is no viable alternate viewpoint. No matter how harmful to themselves, they insist on these being the ONLY two options.

These few sentences show exactly how a lack of understanding of human nature and how to be successful romantically and sexually with others leads to incel/NG behaviors and beliefs.

And the sucky thing?

This creates a huge shitload of self-reinforcing trouble for the incel/NG, and it’s based on a false assumption that they can’t (or rather, won’t) let go.

That they are wrong.

That they have been wrong.

Screwing things up, hurting themselves and others.

And so, they will double down, and continue in pain. Because that feels safer than learning to do and think differently.

At least they know what desperation and self-loathing feels like. They know they can handle that.

Scarier than where they are now.

NOTE: This man, after a year and a half, was asked to leave the forums. He would not, could not, let go of his toxic beliefs. And he was being disrespectful to others as he spiraled ever more out of control. Such a shame.