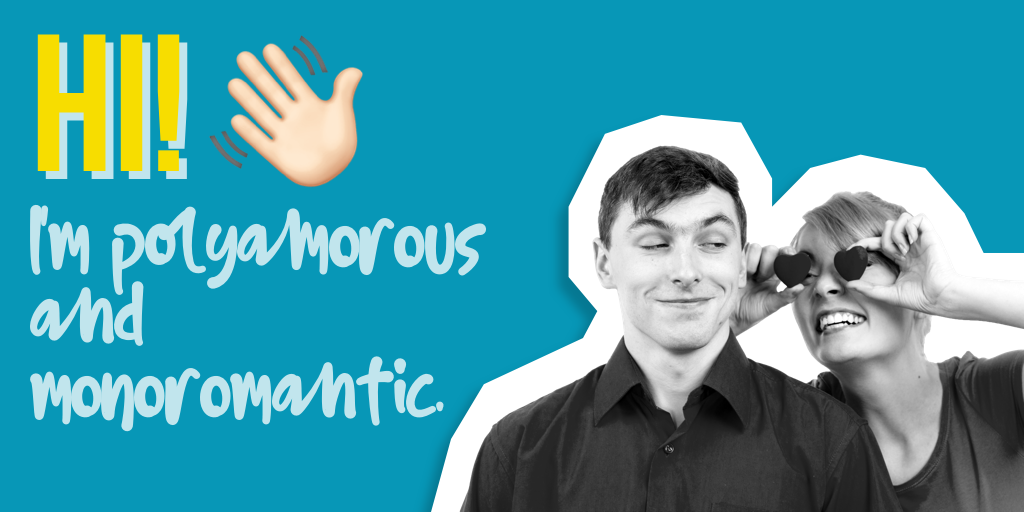 You know what I get a lot?

“I’m curious about you saying you’re polyamorous and monoromantic. How does that differ from swinging?”

Or something to that effect. It’s difficult to answer.

First, let me define monoromantic for you, so we are starting on the same page:

Someone who is exclusively “romantic” with one person.

This is my definition.

WAY back when I was a little baby queer (I was, back in the late 80s/early 90s), that terms was used in our local LGB center (The “T” hadn’t been added yet, and “B” was still being hotly debated, even if included), it was used by people with multiple connections, but one “main squeeze.”

You might call it open relationships, now. Or swinging. Or hooking up.

And yes, many people live it that way.

Now, though, many in the LGBTQIAA+ world use monoromantic to mean romantic or feelings of love with just one gender. So someone might be bisexual, and open to connections with multiple genders, but they are romantically oriented only towards one gender.

Which is honestly the more common use.

And why I defined how I’ve known the word for decades, and how I’m using it to describe myself.

Because I’m also polyamorous, which doesn’t fit the original role models I had for this term. They were not into loving others beyond their primary relationship. Just sexy good times.

So, back to the question. Someone asked me that on Facebook a few days ago.

For some, swinging does not include emotional ties or a love component. The focus is on the physical. Others are more flexible with that.

I do have long term loves in my life. They become a sort of “lover family” over the years, and we travel together, prioritize connection, and more.

I only feel the romance/twitterpation for one person at a time (historically), but the other parts of loving people and connecting with them in a loving way are present.

It’s like I feel romantic love, but I don’t fall IN LOVE with more than one person at a time.

It’s romantic love, but it’s not ROMANCE to me.

We don’t have the words in English, I don’t think. Or, at least I don’t know the words.

I could say that I only get NRE with one person at a time.

NRE is New Relationship Energy. You could call it a crush. Infatuation. Obsession. Mania. I often say it’s being “in love,” not just loving. To me, those are two different things.

For me that NRE then lasts forever with that one person, but never with others overlapping.

I’m still romantically loving with others, but that frenetic feeling, that NEED to share that love and my feelings, that constant desire hits only one target until the arrow is loosed again.

And I’ll be honest, this both simplifies and complicates my life.

Not getting NRE with each new playmate is wonderful. Because I am unlikely to let existing relationships wane to deep-dive into a new one.

I’m able to honor the people in my life pretty much uninterrupted by new attractions.

On the other side of things, it sets me apart from others. The new people I date can get a bit weirded out that I don’t feel that NRE, even though I say I really like them. And they can feel left out, or not wanted.

But that’s how humans do, right?

We essentially stumble our way through the world, bumping into people, and some of them stick around and some (most) don’t, and we find the right matches as we go, mostly by trial and error.

I’ve had a lot of trials. I’ve made a lot of errors.

But learning this, knowing this about me—it makes a difference. And I can be open and honest and clear in my communications and in setting my expectations.

And it’s not just because I’m nonmonogamous.

Because when I was living a monogamous life, I still sought out those deeper-than-friendship connections. It’s how I’m built.

I didn’t go for the sexy parts, because, well, I had given a promise, and I never cheated.

And even seeking out those other connections, I never once got a “crush” on someone outside of my existing relationship.

Even when it was failing.

Because I had happily married monogamous friends who got NRE with their friends, or new crushes, or whatever, and were totally monogamous.

And most nonmonogamous people I know do the NRE thing regularly. And have plans for how it will disrupt their lives. Or at least, are sort of prepared for it.

So, I don’t think this is something that depends on whether you choose to love many or just one.

Are you monogamous or nonmonogamous? Based on my definition, have you been monoromantic in your life or do you experience multiple romantic experiences at once?

And based on your experiences, have you partnered or been friends with someone who is the opposite of you? How did you connect with their experience, and understand it? 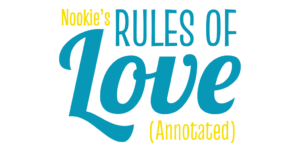 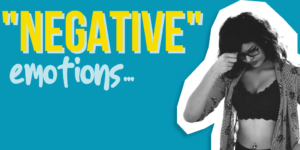 When we don’t follow our own rules, we give ourselves pain to get us back on track. Sometimes we blame that pain on others. Even 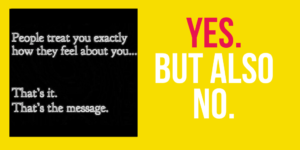 People treat you how they feel about you. Well, yes and no.

It’s one of those memes that makes something in credibly complex seem so evident, so simple, that few people would question it. And yet… Life 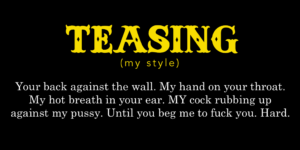 PrevPreviousYour best is all you can do.
NextWhen do we talk?Next 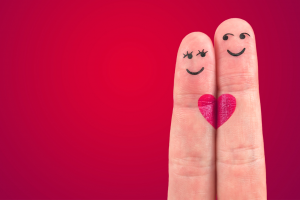 This writing is now available as a podcast episode! A guest post by TheBalloonGuy. Had a talk with myself today. Told myself “Self, we suck.” 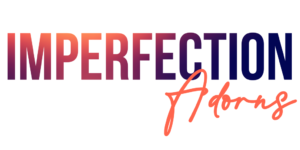 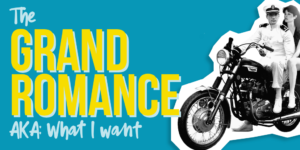 One of my most vivid memories around the idea of “gay” came when I was 11 or so. A friend of mine and I were