It’s Not Cheating: The Intersection of Race and Polyamory 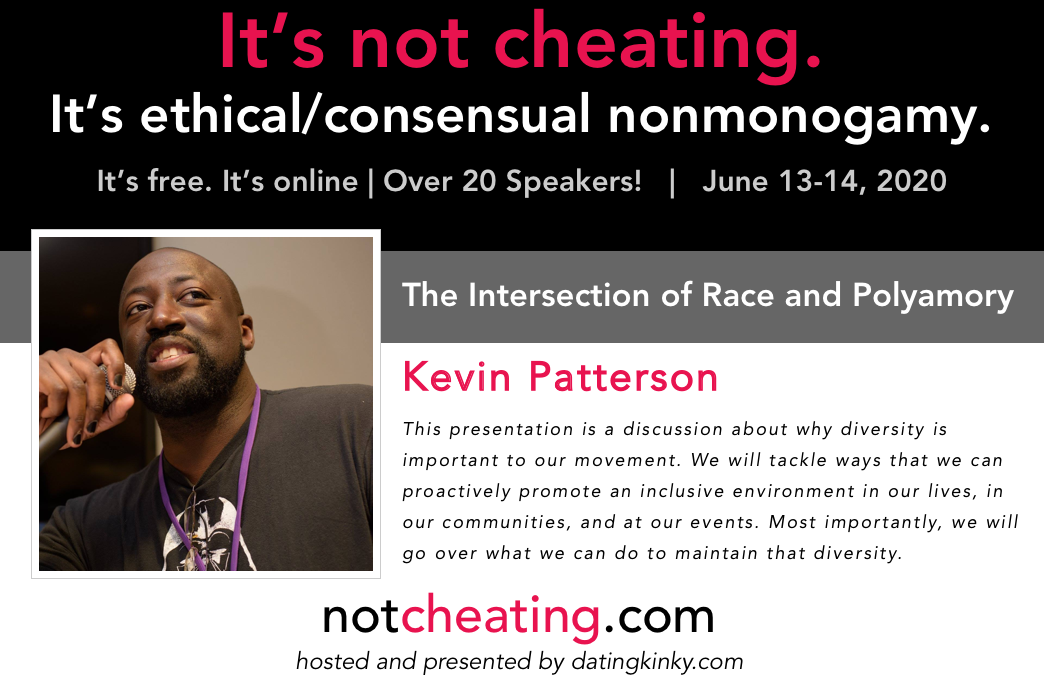 On our second Sunday morning show for It’s Not Cheating, we were treated to a conversation between Nookie and Kevin Patterson.

Kevin Patterson is an active member of the Philadelphia polyamory community. He’s been practicing ethical nonmonogamy since August of 2002 after opening up a relationship that eventually became his marriage.

In April of 2015, Kevin was inspired to start Poly Role Models, an interview series for people describing their experiences with polyamory. Poly Role Models is part of a drive and a desire to change the way our lives and communities are viewed. It is currently the most diverse and inclusive platform for polyamory available.

To continue the discussion of polyamorous representation, Kevin has extended the blog’s work into nationwide speaking engagements about how race and polyamory intersect. This has led to the writing of the book, Love’s Not Color Blind: Race and Representation in Polyamorous and Other Alternative Communities. Along with co-writer Alana Phelan, Kevin launched a sci-fi novel series, For Hire. The series centers characters of color and as well as other marginalized identities.

Love’s Not Color Blind: Race and Representation in Polyamorous and Other Alternative Communities