A Domme By Any Other Name Would Still Smell As…Foul? 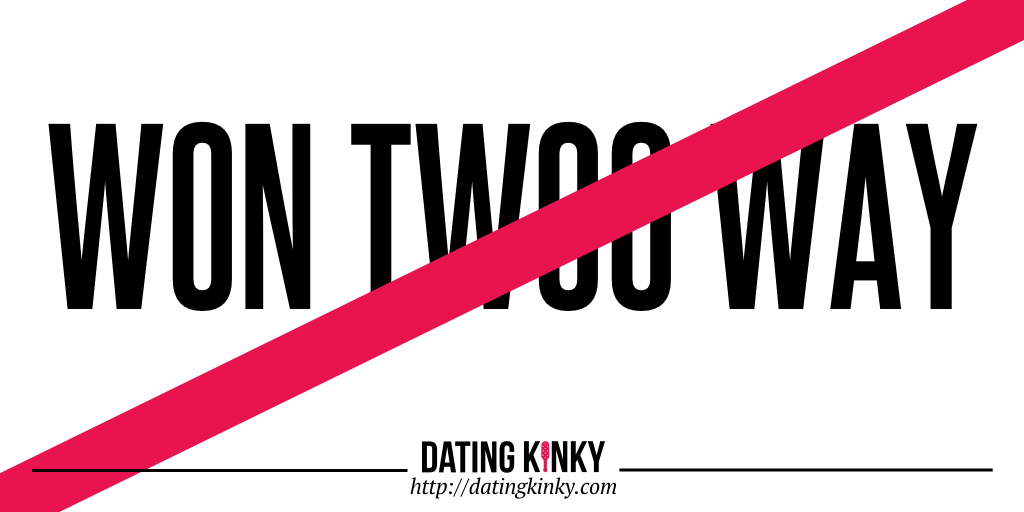 I had a conversation recently with someone on a kink site that has stuck in my mind, and bothered me a bit.

Not so much for myself.

But for those who perhaps run afoul of some of the nasties in kink, or those who do their “research” through internet memes and stories about female domination written by men posing as women, offering a very extreme male-fantasy-centric viewpoint.

And since I’ve have this conversation, I’ve had several others along similar lines that give the same impression.

That all dominant women in all roles, D-type, cuckoldress, Mistress, whathaveya, are cruel, unforgiving, and apparently don’t pay any attention to limits or simple ethics.

Here is the conversation I had, with a “dominant man,” on another site.

so all of that domme boasting of make slaves sissies, of sissification of a straight man into loving and enjoying forced bisex is just bunk??? Lots of dommes have told me if I allow them they can turn me by way of training even me a dominant male into a bisexual friendly or bisex loving dude who enjoys getting humped by a gay man for her viewing pleasure I had trouble believing but I also know physical conditioning repeat physical and sexual conditioning can change some people if forced on them for a long period of time I am not sure how long and to what extent to use a reward system for behavior modification and internal modification Most people who love the lifestyle jump in on consensual basis and most of them play using safe words I have never done hardcore reorientation to someone using pegging, it has to be so intensely pleasurable it overcomes fear, inhibitions and lots of other obstacles in allowing a domme to reorient a sub

There is a difference between pleasure and sexual orientation

Most forced bi is simply men who want permission to follow their hedonistic pleasures. And sucking cock is not a homosexual act Its simply pleasure. Most of those men are oriented towards women for their love and relationships, and just enjoy pleasure in whatever forms.

I don’t do forced anything like that, because it’s really just a person pretending they don’t want what they want, and using someone else as an excuse to let themselves have it, and offering them the blame later, when they feel dirty or guilty.

Not my personal style.

Also, if someone’s mind changes so easily, they are not my type.

I prefer those who know what they want and go for it.

MisterMcDomlyPants is STILL very focused on this particular viewpoint. So much that I’m thinking that “asking for a friend” is really not, and that maybe he’s invested in a specific outcome for a more personal reason.

I felt like this was getting ridiculous at this point, So, I figured I’d end it.

Like I said, none of that interests me, including lying about stamina.

In fact, thinking on that more, that’s a pretty disgusting thing to do. I would suggest seriously rethinking what kind of human would lie to someone who trusts them to simply get their own way sexually.

I won’t respond on this topic again

Sure enough, that set him off. Like it’s not about someone else at all, really. But I could be wrong. Perhaps MisterMcDomlyPants is just railing against the unfairness of women-led relationships in general, or something in the replies he sends to that:

you sound like you are the top of the UN leadership defending the planet when 75 to 90 per cent of all the dommes on this very site have unimaginable horrors in store for subs including manipulative methods that strip them of their humanity, did you stop for one minute to think about subs in cages and castration and forced bisex, not because the subs like it but because they have been manipulated by a female who uses their weaknesses to suck up their life just like vampires One exception does not make the rule And dommes like you are in such large quantities so many of the lifestyle has ceased to exist and became a thing of the past

And that was not enough. He had to come back and say even more.

So, I don’t know about you, but this actually made me feel his hurt and frustration.

Now, I don’t pretend to know what he is hurt or frustrated about, although I might have a few guesses, but that matters little.

Because It feels like this person actually believes this is true of ALL women-in-charge relationships and of all women.

And MisterMcDomlyPants is not alone.

In the past two weeks, I’ve fielded questions about how dominants get to decide everything and submissives don’t get any say, and that’s just how it is, right? Or about how dominant women who enjoy male bisexuality MAKE their submissives perform on dominant men, even when they are not bi or even flexible. And about how cuckoldresses totally disrespect their cuckolds, and they were torn between wanting this kink that turns them on and a loving lifetime relationship with a woman.

Now, please understand me. I don’t deny that these women are out there.

Hell, I had a conversation the other day with a woman:

Do you enjoy paddling males?

Sometimes. Spanking is not a huge kink for me, but it’s fun now and again.

She came back at me with:

Wow! That’s enthusiastic, and well, VERY not my style. It also smacks of female supremacy, and I don’t subscribe to the idea that what dangles between someone’s legs is an indicator of quality.

I’m thrilled that that works for you.

My Pet and I don’t need a punishment dynamic to be amazing together. It’s not our choice, and that is what works for us.

She did not continue the discussion, which is to her favor. I’ve had others argue with me and call me “fake” for not doing things the way they do it.

And subs tell me that as soon as a submissive can set a limit, it means they are in charge, because they are making rules.

So, I guess where I’m going with this is simple:

YES, these things exist. All those fantasies have a root in reality. They probably have happened.

Maybe NOT exactly the way you read about them, the subs are probably more willing partners than they let on, and there has been quite a lot of negotiation and blah, blah, blah.

But there will always be people living right on the edge of doing edgy stuff with strangers, and handing over total power. There have always been abusers in and out of this lifestyle.

I do feel for those who not only have not experienced the “other side” of this lifestyle, the side of love and silliness and compassion and mutual fulfillment, but also for those who encounter people who live on that side, and just can’t bring themselves to accept the invitation, or even to ask a few more questions to learn whether it exists.