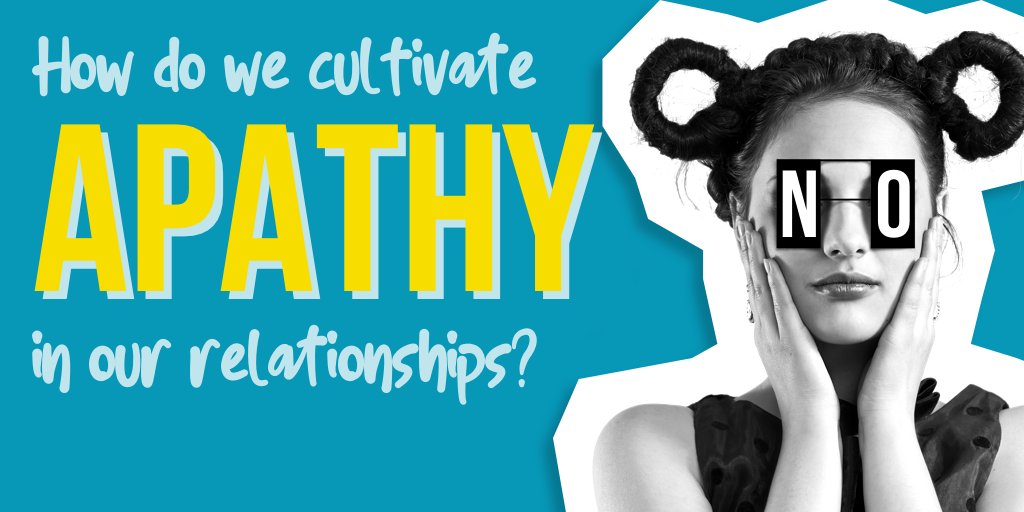 Probably not something we want a lot of in our relationships, yet it’s easy to grow, and it springs up in so many places when we’re not looking.

All it needs is a foothold.

And frankly, as flawed humans, we create footholds aplenty through inattention, insecurity, intractability…

Apathy in a relationship.

When a relationship turns, it can go one of two ways:

Sometimes, it takes a detour into hate on the way to apathy. After all, hate is still caring strongly, just not positively, and that kind of care is exhausting.

That kind of care is exhausting.

That means love itself, which is an intense care, can be exhausting—especially if we’re not filled up with that same kind of energy in return.

And let me be clear, we don’t all have the exact same levels of energy available to us for love.

(Which is a whole ‘nother topic…but suffice to say that just like some people excel at sports, and others at braining, some people might have more energy for love or less, and that can lead to imbalances in relationships.)

SO, what happens when we get exhausted?

We lose love, and slip towards apathy.

Of course, it’s not just our relationships that drain us (although I’ll talk about that in a moment). It’s life’s stresses:

And so we slip into apathy.

Because while they are in many ways very simple, they are rarely very easy.

And one of the ways they are not easy is in balancing wants and needs. But you know why that’s not easy? Because it’s not really possible.

Unless you and your partner are perfectly suited, the balance of wants and needs isn’t gonna happen.

Just like the two of you (you may have more relationships, I do, but I’m talking about a single relationship between two people right now) probably don’t weigh exactly the same amount when you step on a scale, it’s unlikely that your wants and needs from a relationship are going to match in perfect give-and take.

Because if they did, you would never have any challenges or conflict at all.

Instead, we all have a lot of challenges in relationships.

And that’s not bad.

However, it can be tiring. And that exhaustion can lead the way to apathy.

Let’s look at an example.

Have you ever been in an argument with your significant other (or anyone, really), and while it started out calm (maybe), it got passionate as tempers flared, and frustrations got high, then…you hit the wall.

The exhaustion set in.

You didn’t give AF anymore.

You might have been willing to say or do or agree to anything to just make it stop and get a break from all the passion. The caring.

And how did that happen?

You let yourself be drained without being filled up.

Yes, you let yourself. It’s not their fault, no matter what kind of asshole they are pretending to be right now.

(I’m assuming they are not an asshole, but are playing the part of one, because you are continuing the relationship with them. Otherwise, there are potentially bigger issues like abuse that are outside the scope of this single writing.)

It is your responsibility to manage your personal boundaries and be there for YOU.

And what are personal boundaries?

If anyone is draining your personal energy faster than you can fill it up, it’s time to assert your boundaries and do something about it.

Because they can’t KNOW.

They have no idea what it’s like to be you right now.

And you have no idea what it’s like to be them.

No matter how well you know each other.

And trying to care and fight and argue too long and too hard about something you don’t understand without taking a break, without pause, and without filling up…

The ultimate in apathy

When I finally left my husband, I did not cry. I did not yell. I did not have any passion left.

I was merely relieved.

I had it all wrung out of me by allowing our relationship to continue FAR past it’s natural ending point by years. Maybe by over a decade.

I can tell you this, though:

As emptied as I was by him, I was able to be filled almost shockingly fast by other parts of life. I was wide open. I was parched earth soaking up every drop of energy that came my way.

(Which, honestly, is it’s own sort of danger, because just like food, it helps to be careful what energy you take in and rely on…)

I tell you this because no matter where you are in your life and relationships, if/when you feel apathy, you CAN be filled up.

What if apathy is beginning to creep in?

Maybe it’s starting to show up here and there in your relationship. Maybe you’re starting to feel patches of IDGAF. Maybe you see them creeping in, but you’re not ready to give up, really.

There is only one good option, in my opinion.

Look for ways to restructure the relationship so that you are filled up—not just enough, but with more than you need to merely subsist.

What do I mean by that?

Well, I like to define a successful relationship as “one in which both partners feel like they get far more out of the relationship than they give.”

So, if you agree, restructure your relationship towards that.

Whatever that looks like to you will be unique to the relationship you have, and will probably have multiple moving parts.

And you may find that even the attempt at restructuring drains you. Or that your partner is less invested in change than you are. And if you do, well, you probably have your answer.

And you can then move on before apathy fully sets in.

What if you are just tired?

Well, as Dr.Liz said in the clip I shared yesterday:

They were talking about ending a relationship WAY before apathy. Even before too much of the anger and hate and frustration and resentment.

But we don’t all have that luxury right now, and this moment, do we? And we won’t always make the choices that lead us to the kindest results, and we have to deal with where we find ourselves.

So, you have a choice. A simple one, but not an easy one.

And not only is the choice not an easy one to make, but then once you’ve made it, the steps are not easy to take (and often not simple, either).

Which is really fucked up.

And the idea of figuring out life right now probably sounds about as good as eating a plate of barf in the New Jersey Dump on a hot July day.

Because I’ve been there.

And I put it off until there WAS NO OTHER CHOICE.

And you can, too.

Or, you can find a way to find the energy to take better care of you than I did of me.

And maybe all it takes is knowing exactly where you are and how you got there.

Have you experienced apathy in your relationships? How did it feel? Can you pinpoint the situations where it started to creep in, or when you first noticed it?

Have you successfully overcome apathy? What did you do? How did it happen? Was it simple? Or easy?

Polyamory Is Not The Key To Being A Better Partner (Poly Is Not, Part XIII)

Polyamory and dating more people does not automatically make you better at it. If so, serial monogamists would grow in each relationship, ultimately ending up 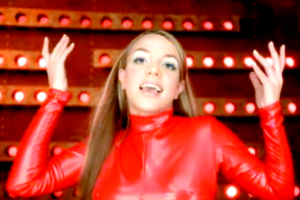 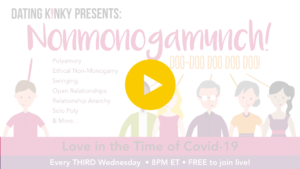 Nonmonogamunch, EP5: Love in the Time of COVID-19 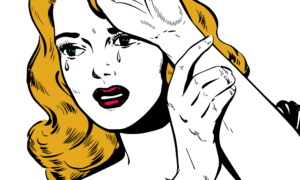 PrevPreviousDressing to feed your RAWR.
NextLying to prove love and loyalty: is it worth it?Next

In Life And Love, VALUE Is The Key

This writing is now available as a podcast episode! I’ve said loudly and often that the best relationship, in my view, is one where both 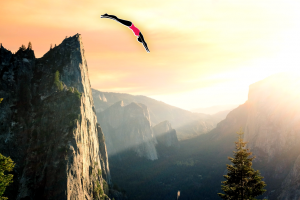 Over and Over, I TOLD You

This writing is now available as a podcast episode! But you didn’t listen. I’ve laid it all out there over the years. You didn’t even

Because I Said So, Volume 2 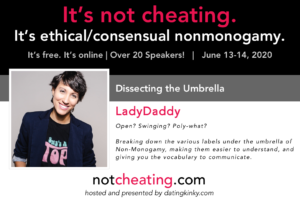 It’s Not Cheating: Dissecting the Umbrella

In this episode, the chatroom was presented with the dynamic duo of Trip & Lady Daddy, who took us through a discussion of the relevant