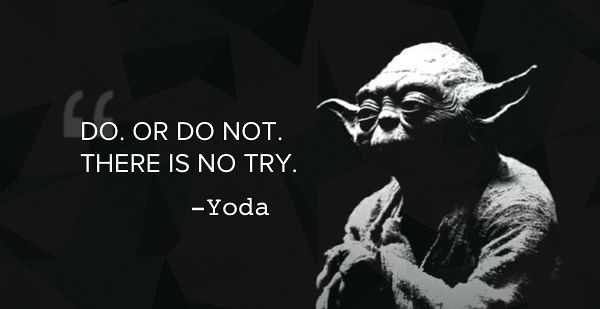 Anthony Robbins also has a fun skit on trying to pick up a chair, that I’ve quoted below:

A woman struggling in her marriage stood up in one of Tony’s seminars to complain that she had “tried everything” to improve her relationship with her husband but nothing had changed.

Tony went on to make a distinction that I think is vitally important. He asked the woman to try to pick up the chair she was sitting in. She turned around and picked up the chair.

The woman looked confused. Tony reiterated, “Try to pick it up.” The woman just stood there, not knowing what to do.

Tony continued, “No, now you’re not picking it up. I said try to pick it up.” Again, she picked up the chair.

Again, Tony, said, “No, you picked up the chair. I asked you to try and pick it up. You either pick it up, you don’t pick it up, or you try to pick it up.”

When I try I don’t really have to do anything. It provides me with a built-in excuse for why I don’t accomplish any outcome I say I want. Because I gave myself the out from the beginning, saying that I would try.

For a long time, I never tried. I just did. I had amazing adventures, traveled the country, climbed the ranks in a corporation, started and ran my own business…

As I got older, I was suddenly responsible for stuff, and all that “just doing” needed to be considered next to what I had to take care of.

Suddenly, I learned the art of “trying.”

Hell, I’m pretty damn good at it. That’s nothing to be proud of, though. Most people I know are.

Here’s the thing I had to realize: I either do something or I don’t do it. Trying is really the same as not doing it. It just makes it easier for me to let myself off the hook when I fail.

So, I have adopted a new philosophy:

In other words, I will do. I will do what I set my mind to with everything I have. I will give it my all, and I will push through. Until I win.

Until I fail. Spectacularly. Big time.

Because if I’ve put it ALL in there, I will fail big.

And watch me fall, if that that happens! Bring your popcorn, enjoy the fireworks. Laugh at me for wanting so much, for reaching for the stars, for throwing myself in without a safety net.

Yes. It will be a grand show.

You could join me.

One of the most common questions I’m asked is, “Where Do I Find ______ (Fill In The Blank Amazing Kinky Person)?” This class address that 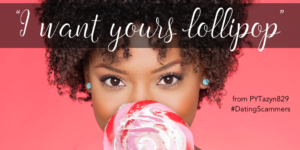 I want yours lollipop!

I’m not sure about you, but I have a jukebox in my head. And when I originally saw this ad, I couldn’t help but smile, 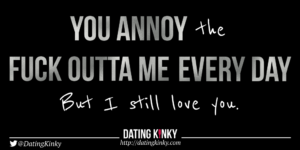 On External Influence To A Relationship... • Dating Kinky 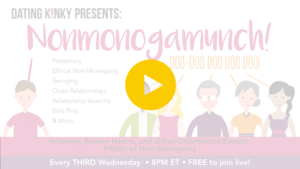 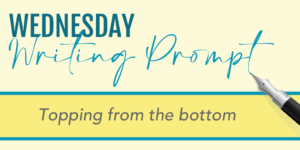 Needs VS. Wants: Which Are Which And Who, What?

Saturday evening in my Alpha Submissive Class for The Academy in Georgetown, SC, I brought up the Hierarchy of Needs as an illustrative point on 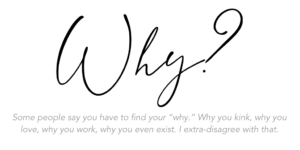