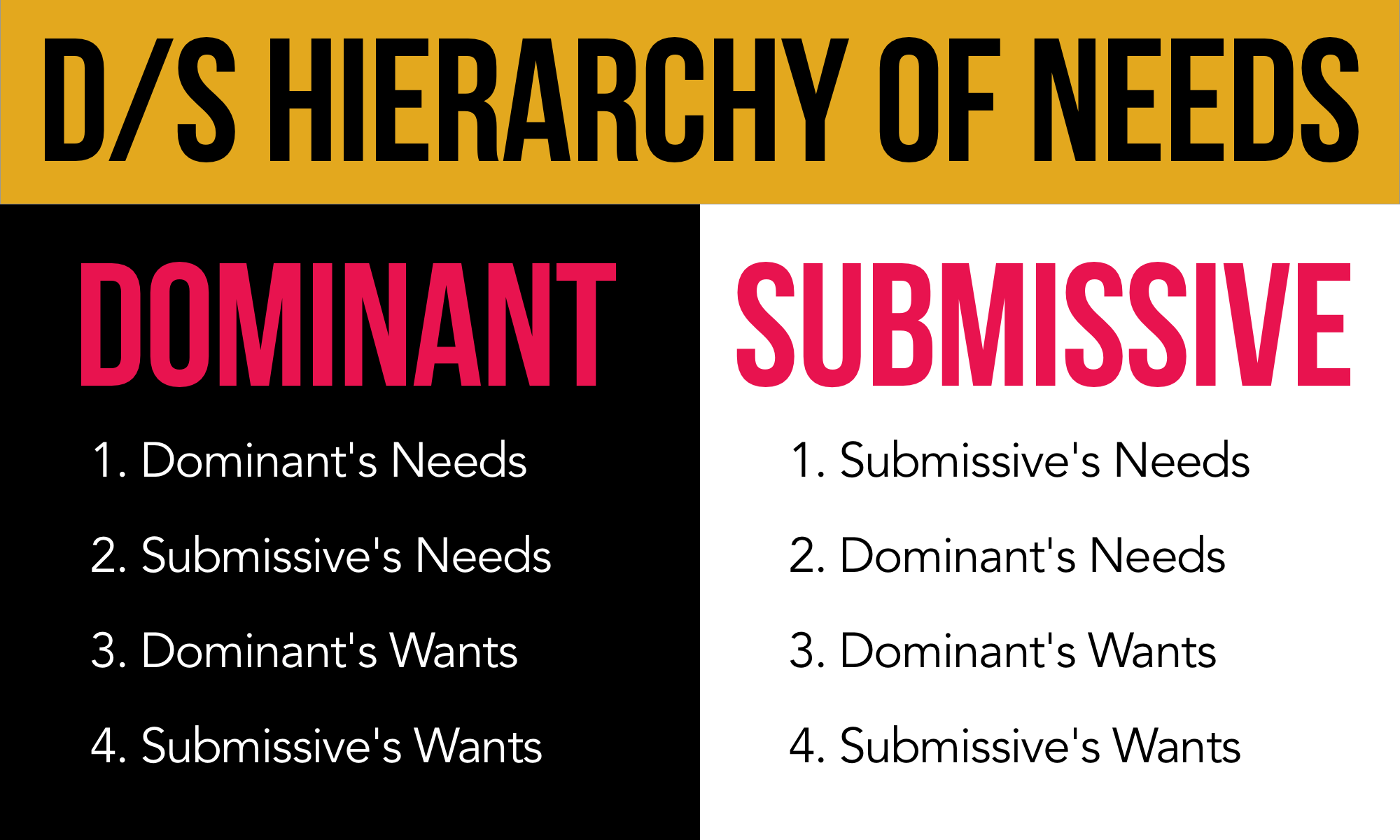 So, in PE (Power Exchange) relationships, we all have needs. Knowing what those are and understanding how to get those met is critical.

I’ve read a lot about how dominants should put their subs’ needs first. I think this is backwards and wrong, and I’ll explain why.

First, here is how I believe dominants need to prioritize needs in their relationship:

Let’s look at this.

The dominant, in my view, must, first and foremost, take care of his/her/their own needs. Because otherwise, they will not be able to take care of anyone’s needs for long.

However, that said, the submissive’s needs are more of a priority than the dominant’s wants.

Let me say that again:

The submissive’s needs are more of a priority than the dominant’s wants.

Now, I don’t mean EVERY TIME.

Of course, the dominant may watch football with her sub, even when she’d rather be gardening. Or he may go antiquing with his sub when he’d rather be drinking beer with the guys.

That’s part of being in a relationship, and loving being with someone almost as much as you love whatever it is you’d rather be doing.

Now, let’s take take a look at how I feel submissives should prioritize needs in a relationship:

OMG! Did I really just do that? Yup. The submissive and dominant, in my eyes, are BOTH adults, and are responsible for getting their needs met, through effective communication, negotiation, and general health and well being stuff that come from being alive.

But then, thereafter, the dominant’s needs and wants come before the submissive’s, generally. Because that’s the role.

Again, I state, this is my view. If you disagree, I’m not going to tell you you’re doing it wrong, I’m just not going to agree with you. I’d also love to hear your thoughts/reasons/objections.

[…] discussed this before, in my writing, “The Needs Hierarchy”. Feel free to check it out, but I will summarize what I believe for this […]