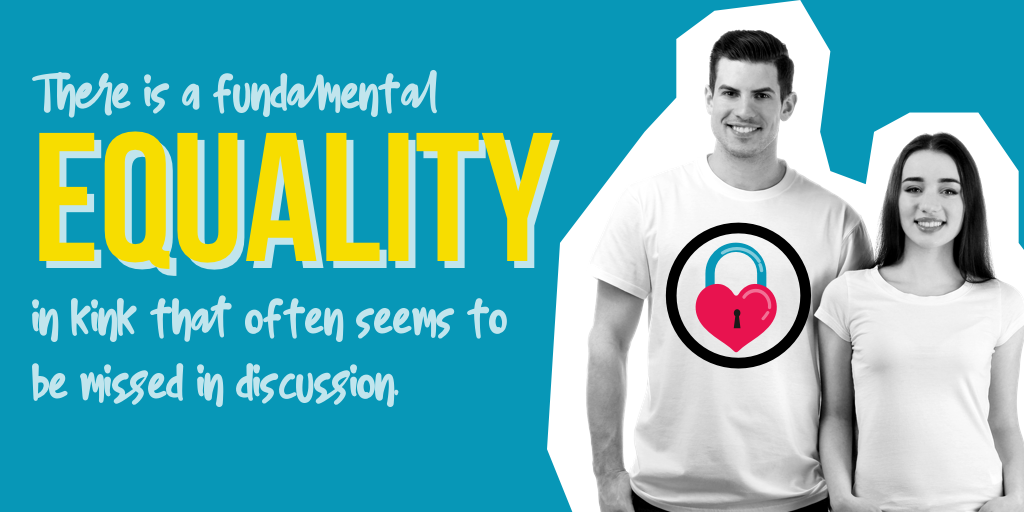 It’s built in. On purpose. No matter your role, you are equal to another until you negotiate and consent.

It’s actually been a foundation for all of the 25+ years that I’ve been in kink, wherever I’ve practiced it.

And yet, implicit bias and common tropes show up in discussions about kink constantly.

From experienced and new people alike.

Because those same people will swear up and down that people are equal, regardless of their roles, then they’ll pull out some bullshit about how most submissives are weak, or how dominants need to be kept somehow in check by their submissive with a safe word (and all of the power, apparently).

Before people are roles, they are human.

And every one of them is just as likely to be a flawed human as the next.

My guess is that if you put 20 kinksters in the vanilla clothes they use to go to the grocery store, and mix them with 20 ‘nilla folk, then ask questions about personality and intelligence and hobbies (aside from kink), you’d be hard-pressed to guess who is kinky from the data, much less the roles each claimed (or didn’t).

And that’s how it should be.

Because kink is ONE FACET of a life.

Not a whole life.

And people are going to people, regardless.

Let’s look at a few of these assumptions (and I hope you’ll share more of your own):

Ummm. No. Submissives are people who choose to submit to another in their personal life. That has nothing to do with weakness.

And to turn it around, I know people who identify as dominant because they feel so out of control and insecure that they can’t give up any control.

Submissives are humans and come in all shapes, sizes, IQs, colors, and strengths.

A submissive is no more likely to be weak than a dominant is.

Dominants are out of control, unless a submissive exerts their power of safe wording.

This goes with the “submissives have all the power” trope.

No matter how many times I point out that the WHOLE POINT of submission is to offer power to another, people fall back on, “but a submissive can safe word and stop everything.”

So can the dominant.

Here’s the thing: this view assumes that the dominant can’t get enough of whatever might cause the safe wording. Let’s pretend it’s spanking a bottom.

And that the dominant NEEDS to spank that bottom MORE than the submissive needs their bottom to be spanked.

In my experience, while I love to spank people I adore, they want to be spanked FAR MORE. They crave it. They ask for it. And yes, they can stop it if it goes too far for them.

I have JUST AS MUCH control over stopping as the submissive (or bottom in this scene) does.

But for some reason, people automatically think that the dominant MUST BE CONTROLLED by a safe word.

And maybe some do need to be.

And some submissives are super aggressive and demanding and some will allow themselves to be beat to the point of harm and damage, if a dominant does not choose to stop on their own.

Because dominant or submissive, they are HUMAN first.

This is a huge one.

Because kinky folk are more likely to be open about and discuss sex does not mean that they are more sexually promiscuous than other people.

And I don’t mean locked up for kink.

I mean virgins who intended to stay that way until marriage. And people who are monogamous, and choose to have intimate play with only their partners.

But promiscuous means: “without distinction, taken from every different type.”

And most kinksters I know, even the uber-slutty ones are pretty effing choosy about who they engage with.

As MzJewCee said in one of her presentations for Dating Kinky, “Trusting someone with my pain and pleasure is HUGE for me.”

And she’s careful with who she chooses.

And speaking of pain and pleasure, here’s another:

All submissives are into pain and humiliation.

And of course, all dominants are sadistic and enjoy humiliating people.

Many submissives are into submission. That doesn’t mean they like to be hurt.

And I’m no sadist myself.

I’ve known masochistic dominants and sadistic subs. And tops and bottoms who are both or, like me, are neither.

Again, the one they all are is wonderfully, amazingly, beautifully complex humans.

And they are equal.

And every single one has the right to choose the role that feels best to them, or to change that role over time.

And that is foundation of kink.

Am I full of it? Am I spot-on? Do you have your own examples to share of where the assumption of equality breaks down when we talk about kink? 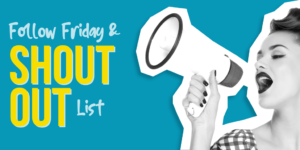 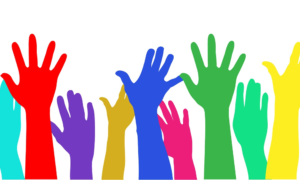 PrevPreviousDefuckify Your Dating: Verily, Tell Truthfully the Story of Your Life
NextChoose people who choose you.Next 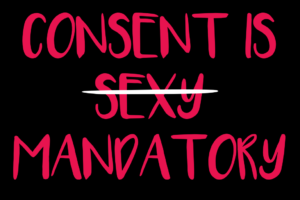 A bit ago, I wrote about High Context Consent VS Low Context. Some time after that, I posted a guest blog on the Dating Kinky 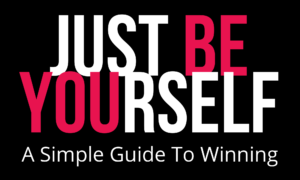 Just Be Yourself! A Simple Guide To Winning

What if you suck? I mean, some people suck—and not in a good way. So, better advice is: Step 1: Be awesome. Step 2: Be 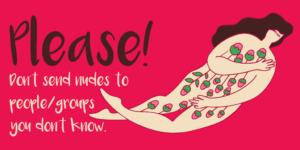 One of our amazing team members here at Dating Kinky brought this to me yesterday: Hey saw something disturbing on fet about a discord server