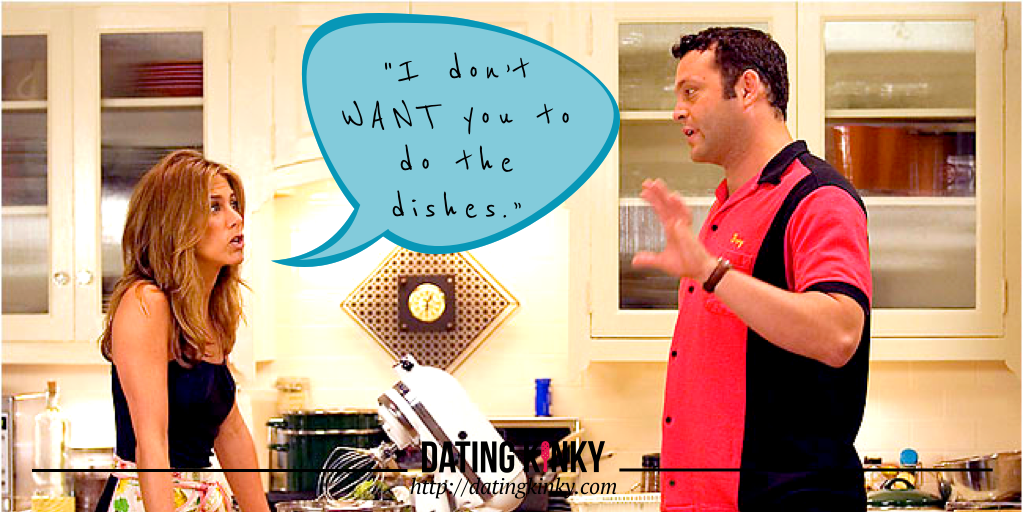 I want you to WANT to do the dishes!

LOL!   One of my favorite lines from The Breakup (link).

Natural sexual energy up the wazoo, a bit of gunshy-ness from a recent previous relationship, leading him to avoid any sort of serious interaction and anything smacking of subservience.

He said that he would never go down on another woman again, because he was the Dom (cue rolling of eyes HARD), and going down on a woman is submissive.

He argued, and said that it’s true.

“There is literally NO WAY that going down on a woman is not being her bitch.”

Anyway, so I mentioned this to another guy, who really, really likes oral, ass and pussy, and he said (paraphrasing here):

“Fuck that idiot. Here’s how I see it: The FIRST thing I want when I see you is to bury my face in your cunt, and to get your wild, amazing scent all over my face, in my nostrils, and on my tongue.

It drives me wild, raises my testosterone, and brings out the animal in me.

Ever noticed how male animals react to heat? They lick that shit. They nuzzle it, they can’t get enough.

Yeah. Any man who can’t bury his face in pussy for fear of looking weak has already lost his game.”

That’s his take. I tend to agree.

A man that can use his hands to put me in position, settle me down, and shove his face so deep inside me that I want to shriek in ecstatic joy has power over me.

And for the record, I don’t WANT him to go down on me.

I want him to WANT to go down on me.

Hell, I need him to crave that shit.