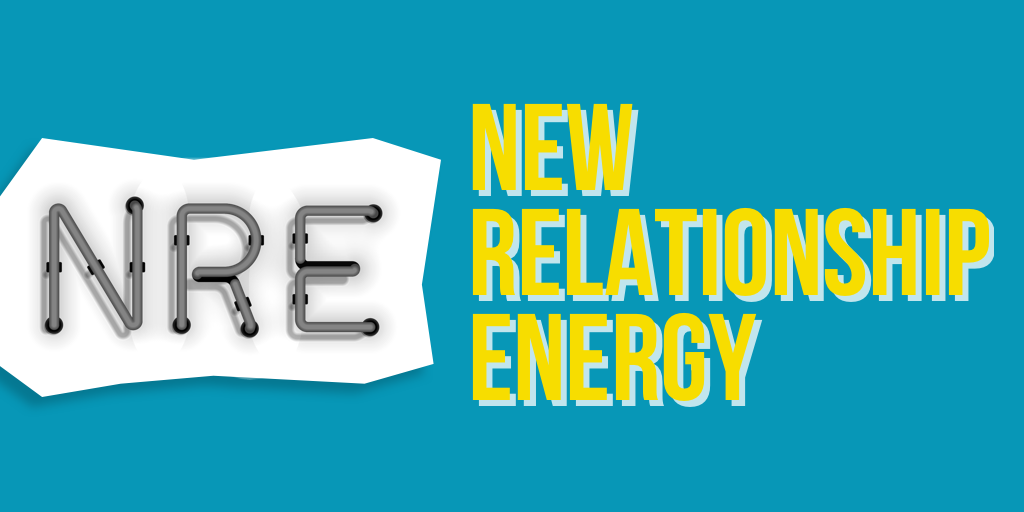 New relationship energy (or NRE) refers to a state of mind experienced at the beginning of sexual and romantic relationships, typically involving heightened emotional and sexual feelings and excitement. NRE begins with the earliest attractions, may grow into full force when mutuality is established, and can fade over months or years. The term indicates contrast to those feelings aroused in an “old” or ongoing relationship.

And I’ll tell you, NRE is a heady drug.

It’s all that and a bag of chips.

And it can be scary when it’s not happening to you, but to someone you love—or are at least emotionally invested in—and it’s with someone else.

So scary that it can keep people awake at night, turn coupled bliss into jealous terror, and even break up relationships.

Yes, of course I’m going to admit that.

I certainly can’t deny it.

I mean, sure, some people say “It’s JUST NRE, it’s not going to change what we have,” and sometimes they aren’t lying.

Most of the time they are.

It WILL change things.

Not always for the worst, or in big ways.

But yeah, probably at least some change.

On the men’s dominance and relationship forums I participate in, one man kept wanting to discuss nonmonogamy.

The funny thing was that he kept approaching it, then backing off. Again and again.

I was talking about my partner and I and some of the escapades we’ve had together with other people, and he said to me:

Which is what NRE is.

To which I replied:

“So?
What we have is better than anything else we ever had. Grass-is-greener syndrome is not a factor in what we share.
I get smitten quite a bit. That’s part of my personality. So what? Smitten is smitten. It’s not a year of building something amazing. It’s not getting to know each other deeply. It’s not compatibility. Or steadfastness. Or love.”

Now, don’t get me wrong. We’ve had a few bumps and bruises.

But overall, our policy of open communication about what we want and need from each other has trumped everything else that’s been thrown in our path.

I look at it as a matter of knowing what we want.

Who we want to belong to.

Then, we can enjoy it all.

No matter how kinky we are, not matter who we love, it all boils down to one thing:

Know what you want and show it.

If you’re nonmonogamous, how do you deal with NRE? In yourself? In others? What’s your biggest challenge?

Even monogamous people get to deal with NRE in friendships. I’ve know spouses to get upset over their partner spending “so much time” with a new friend—a platonic one. 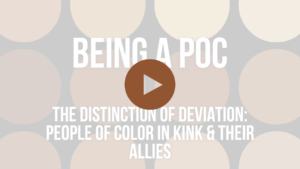 Ep1: Being A POC in Kink

A new monthly discussion and gathering place for kinky folk of color, and those who want to support kink for all in their spaces (online 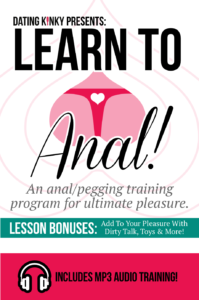 Lesson Bonuses—Add To Your Pleasure With Dirty Talk, Toys, And More! 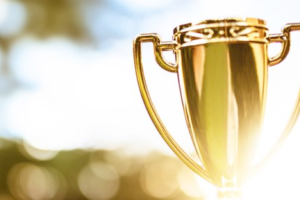 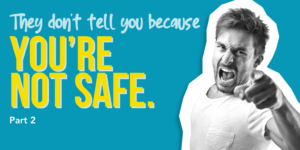 They Don’t Tell You Because You’re Not Safe, Part 2

I wrote the original piece back in 2016. It was about people not telling certain individuals stuff about their lives, because they will have to

PrevPreviousLove me, love my passions.
Next“If I increase my number of partners, I reduce what I have to give any single partner.”Next 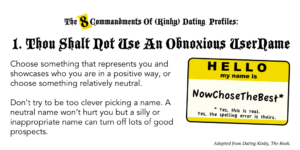 Thou Shalt Not Use An Obnoxious UserName

If you’re serious in your search about connecting with REAL kinky people, then creating a silly, overtly sexual, or bizarre username on dating sites is

Listed in order of newest (at the top) to oldest (at the bottom). Please feel free to comment on any writing, no matter how old,

Thank you for clicking through, and your interest! I’ll explain a bit more of what I’m looking for, and that will take a bit of 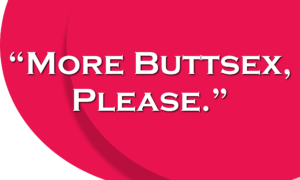